Pictures : Couple shots of one end of the slide, before and after. This is the kind of stuff I have been doing since I got moved in. Actually, I did some of this before moving in.

Note: The color in the top picture is off, the colors in the second one are more accurate.

Before: It just had a small table, and I don’t need tables. 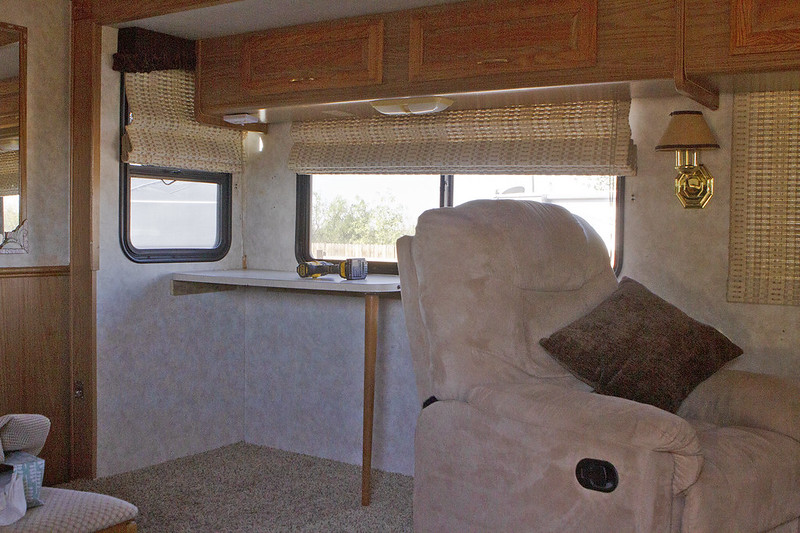 After: I had built this cabinet into the 5th Wheel slide (the cabinet does not have a back or side on the slide side), and it had to be cut down(shortened) about 6 inches in order to fit in this slide. So this is kind of repurposed wood at this point. I need to do some touch up work, but this is the basic thing. 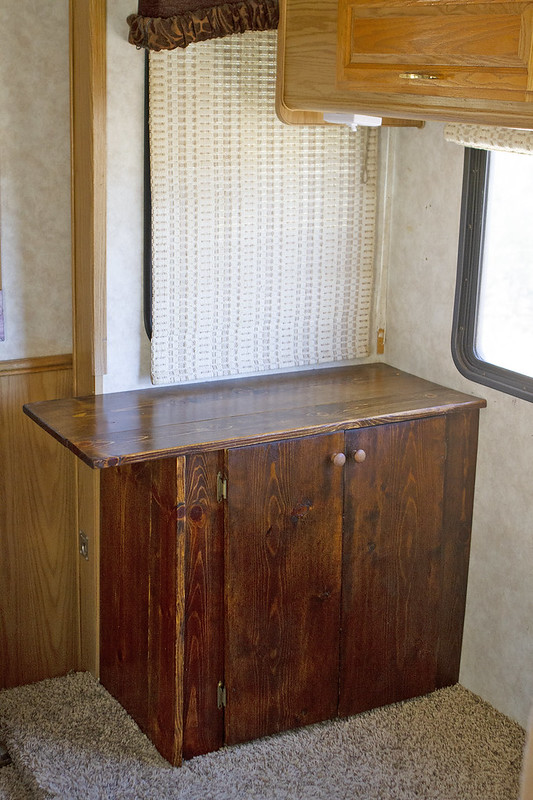 The other end of the slide had nothing in it at all, and now it has pretty much the same cabinet as this in it. It is a bit cluttered up with junk right now, but later I’ll give you a picture.

Oh, just for the record I am not a skilled woodworker, but I can make square cuts, put some screws in, do a little sanding, put some stain and a little polyurethane on. Also, I just use the cheap wood, mostly pine of some kind or the other, maybe some plywood here and there. And … My favorite screws are varying lengths of drywall screws. I use drywall screws kinda like duct tape, for a bit of everything! So there you go, woodwork on the cheap!

Today I did a bit more putting things in order, both inside and out, at least an order that I can use, ☺️. I seem to have lots of scrap wood lying around, I will use some of it, but there will be leftovers.

6 thoughts on “Doing This”