Pictures : Here are some shots of my roof adventures for the day. This morning, I tackled the area around the bathroom vent in the bathroom skylight. First, I was looking for the area that might be leaking, and I think this first picture is it.

The red arrow points downhill. The vent is mounted on the upper side of the skylight, and I think water was running off the Max-Air vent cover and going in here. This area is where one of the little mounts for the Max-Air vent was, and it looks like it was put on first, and then they tried to seal under it. The mount attaches to the vent edge and then extends outward away from the vent. In this case, it extends slightly over the skylight. The skylight may have been mounted afterwards, I’m not for sure. But the blue circled area is where it was leaking, I do believe. I had not scraped at this area, simply remove the mount screw and pulled off the bracket. 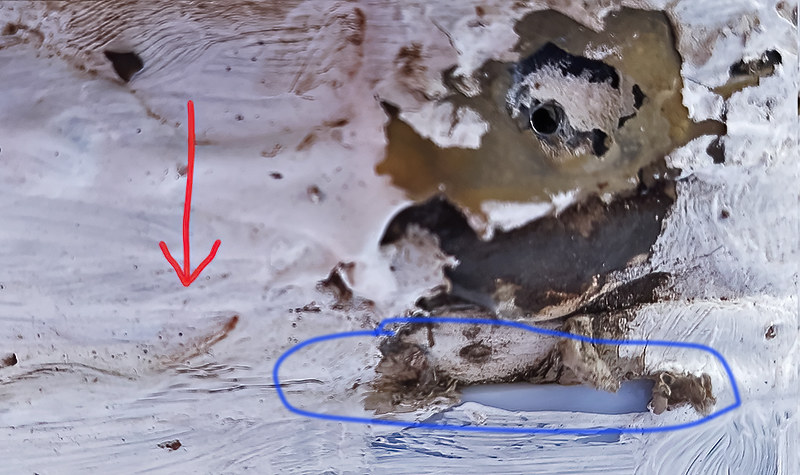 Covered up dirt and sand 🙁. 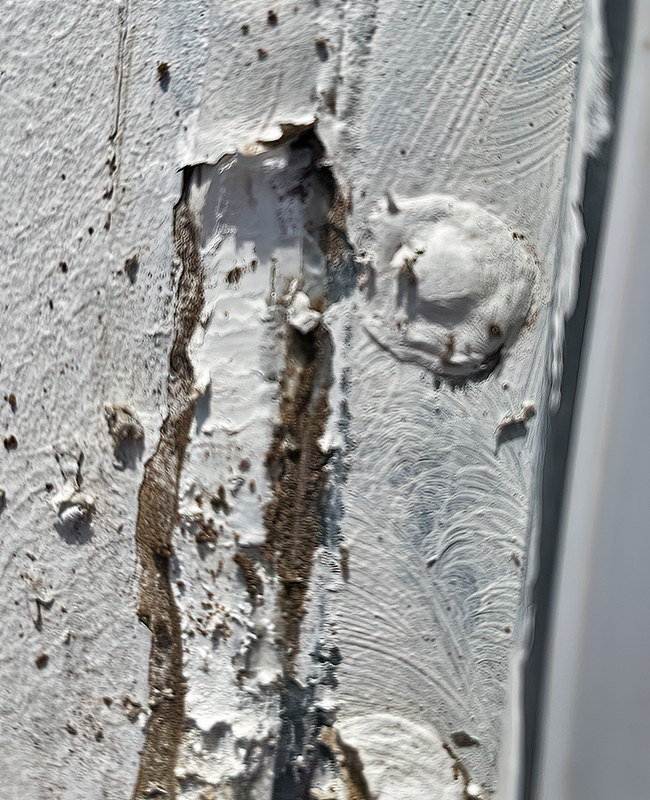 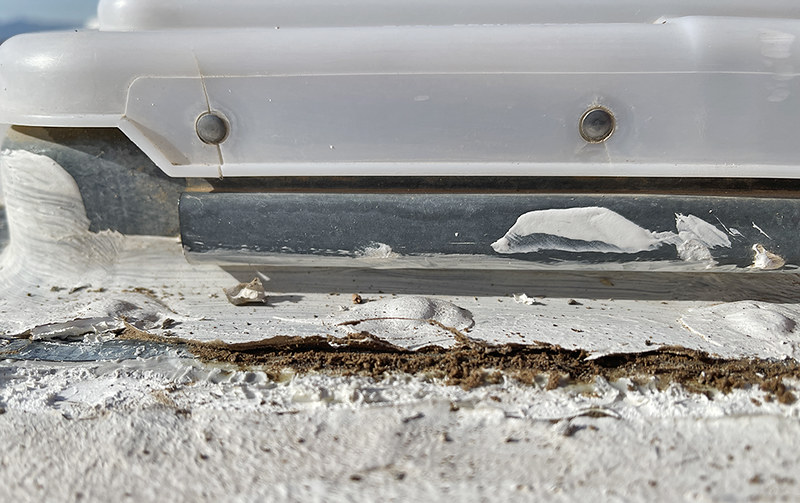 If you ever repair an RV roof, you must scrape any areas where you see cracks, because they will likely have sand and dirt hiding up under them.

OH SHOOT, another job! : I had not noticed while I was working this morning, but in the last picture I see that I need to replace the vent cover, cracks everywhere ….. and on and on it goes!

I still have a bit more work to do on the area around the vent, plus put the max air cover back on.