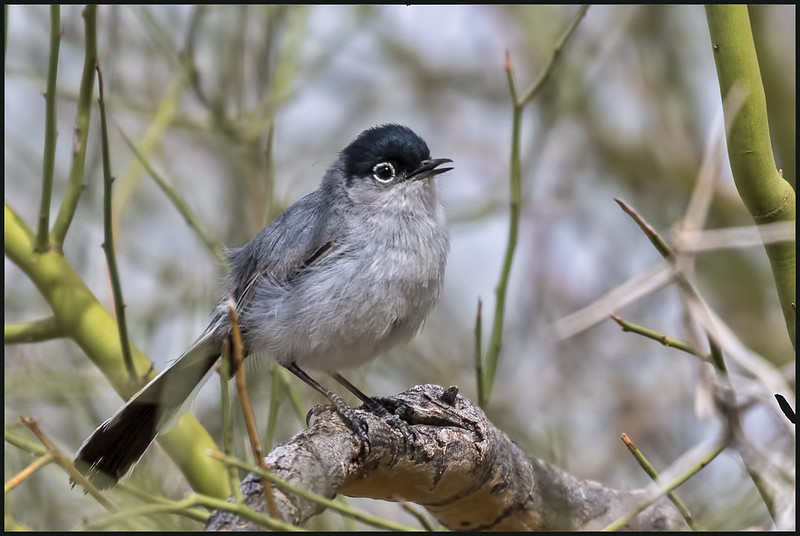 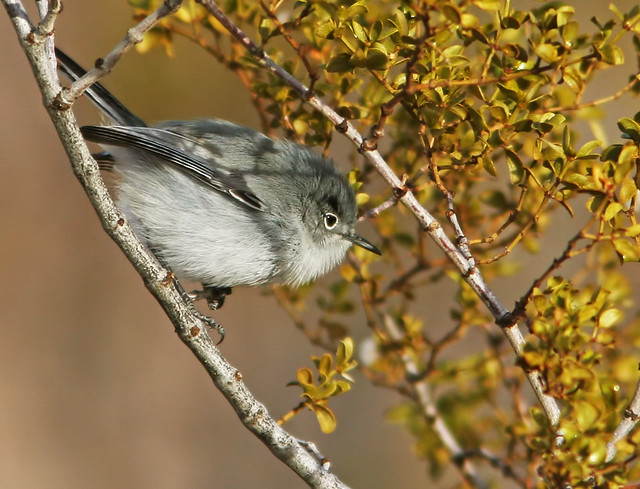 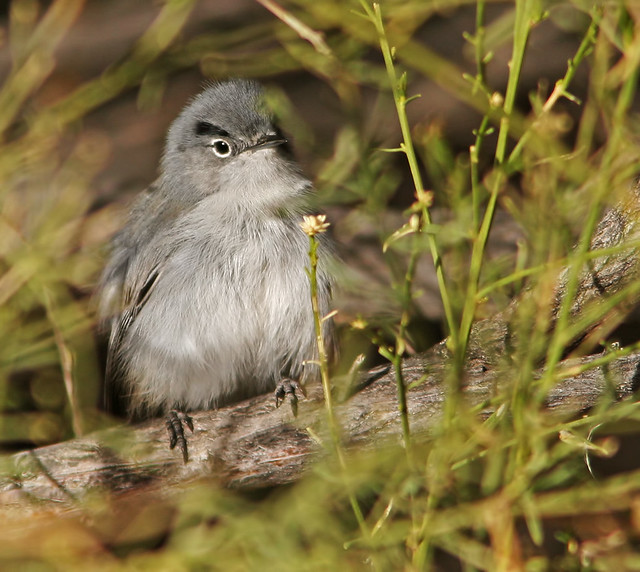 Exercise: Not today, didn’t sleep well last night and the knee is a bit fussy today.

Pictures: Two more shots of the Black-tailed Gnatcatcher from my walk today. This one sure made a big fuss about me walking by 🙂 Maybe a nest near by? 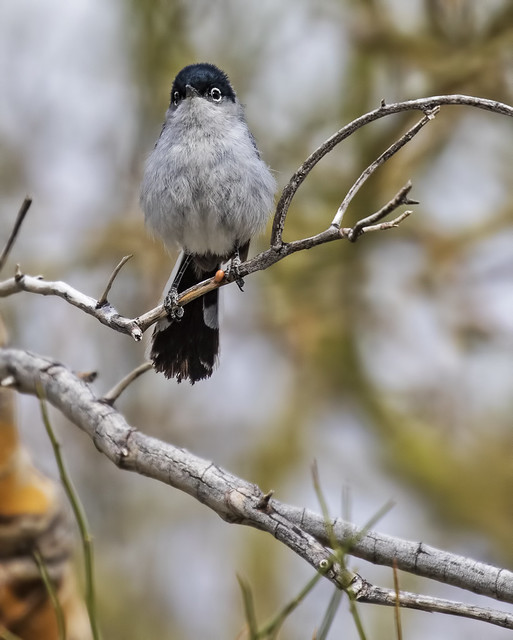 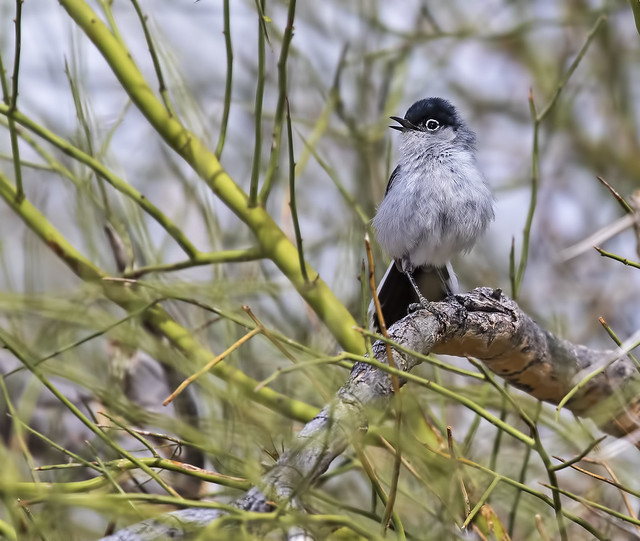 I wish the little twigs was not in front of it, but you take what you can get. 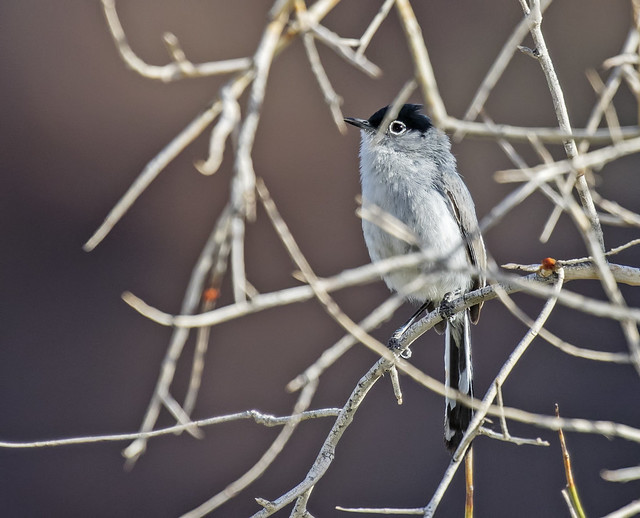 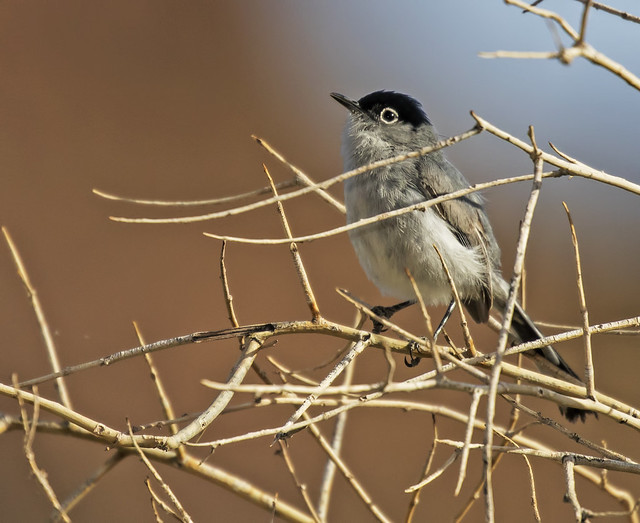 Weather: Windy, did I say Windy? It is!! Temperature is good but the wind has been crazy this year in this area. However, watching the news … I got it petty good considering what the weather is in other places across the U.S.!

Pictures: A couple shots of a Black-tailed Gnatcatcher I seen a day or two ago. I hear and see these little guys about ever walk I take here but they usually would not let me close enough for a a good shot but this one was kind of friendly 🙂 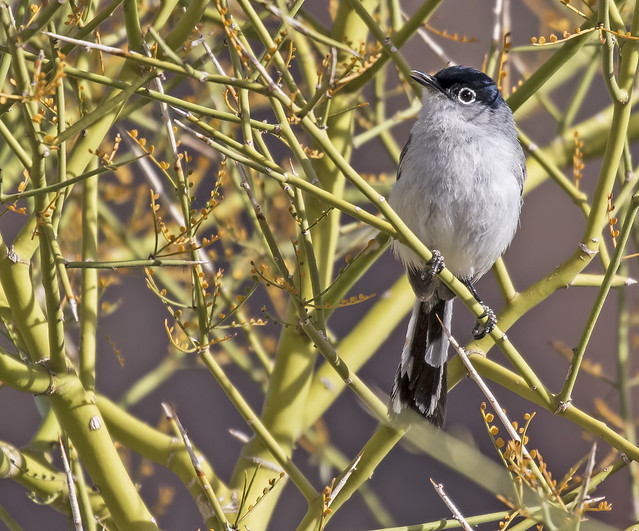 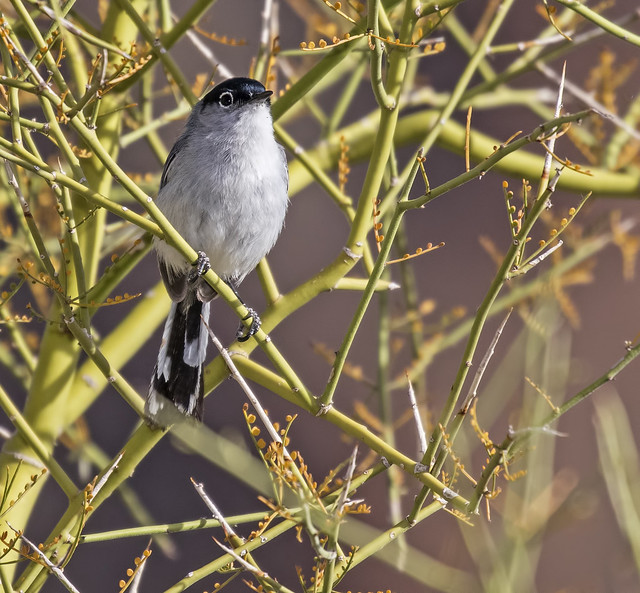 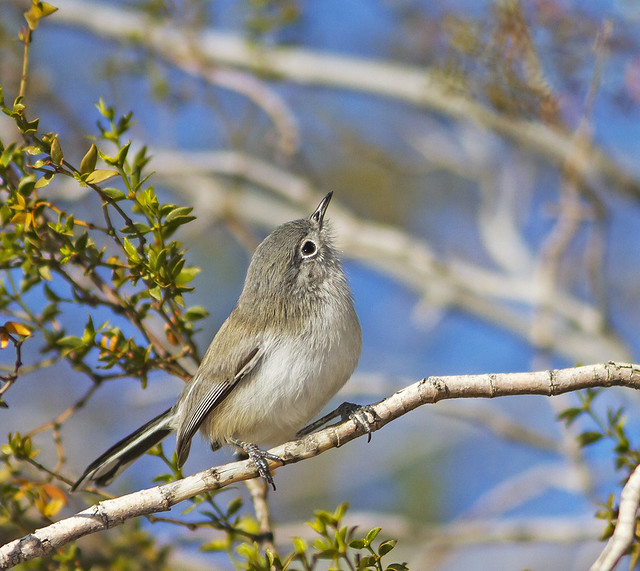 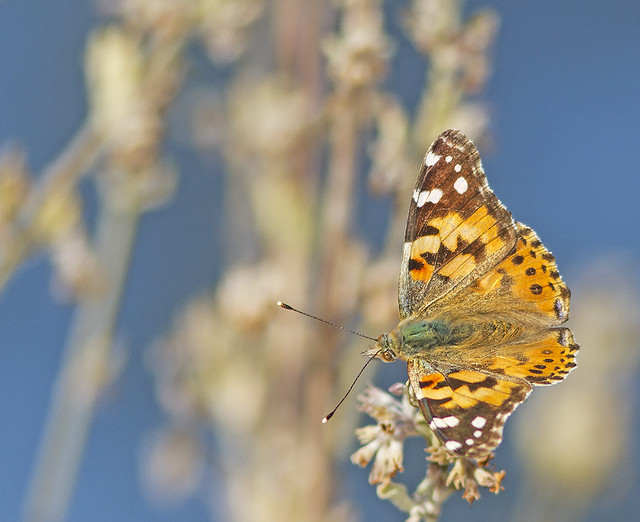 Weather: Oops, cloudy again ☁ can’t seem to get pass these cloudy days. I’ll be an optimist here, this is AZ and it will have to pass soon because it is always sunny 🌞 here in the southwest. The weatherman says it is to make it to 69° today so it had better get busy seeing as it is all ready near 11am and it is only 50° just now.

Go or Not Go: I’m debating whether or not I want to get out and about today or just chill around the RV. Don’t feel any need to go out but it would be a thing to do. If I stay in today I’m sure I’ll be out tomorrow so we’ll just see how the notions hit or not hit me today.

Update; I decided to stay home today, just chilling out.

Data: This will be the first time in a long time that I have went over on my data. When I crashed a Windows computer a few years back and had to reload it I went over on data but that is the only time I can remember doing so. I do think I have figured out the big use area, I had big chucks of data usage on a few mornings so that gives me a good ideal as to where my data went. At any rate, back to McD’s for data today.

Chores : Today is chores day so I will soon be off to do a few of them.
Update: Chores as done as they are getting done!

A little while back a friend of mine was having a little trouble doing a copy from Microsoft Word and then pasting to WordPress. I do not use Microsoft Word much so I know very little about trying to paste to WordPress with it. Also at the time I didn’t know about the little button at the top of the editing page in WordPress made just for this very thing. So today I am doing just a few lines in Microsoft Word to test this thing out. The other day I did a cut and paste without using the tool built into WordPress and that did not do very well.  Looks like the button makes things work pretty good with text. This paragraph was copy from Microsoft Word and pasted to this post with the tool in WordPress, it is circle in the snip below.

Ever wonder what the code looks like to post a picture on WordPress? The above picture code is below in HTML. By the way I only copied and pasted this code from Flickr. It looks to me like  pretty basic thumbnail HTML code you would see anywhere. Hopefully this will work, to show the code.

Ever wonder how to show the code and not the image? Use this page to convert it. I like looking at this kind of thing now and again without getting in too deep. I use to be able to do this kind of thing by hand, but it takes a lot of time unless you really know what you are doing and I never did, just enough to get it done.

Hey, it is time for the Bird Of the Week. This is a Black Tailed Gnatcatcher and the picture was taken in Why, AZ about 5 years ago. I have seen a few nice birds here in the RV park but it don’t seen like I get time to take many pictures, or I think it is more that I don’t want to because the parking area in this RV park is so tight that my camera would always be pointed at a RV. I think maybe some of the birds where just passing through. I seen a pair of Bullock’s Orioles at my Humming feeder and a Painted RedStart around the park, both nice birds to watch.

I think it is time to get out for a spell. I was out earlier today but in the truck, so I could go wash it and do some shopping. Now I think I will take a short bike ride. Update on the bike ride; I did get in a short ride of about 5 miles, not much but it warmed me up enough to do a little stretching, so good enough, about 33 miles for the weekend.

Been playing with my Network settings and I set up a Home Group on my two Windows 8 Computers. I am not all that great on networks but they are making things easier with each version of Windows. One needs to be careful that they do not open up files and such to a public network, but on the other hand I want my computers open to each other. The WifiRanger Go makes me feel a little safer on the RV Parks WiFi.

Have a nice day folks.