Pictures: Here is a male and females Brown-headed Cowbird. 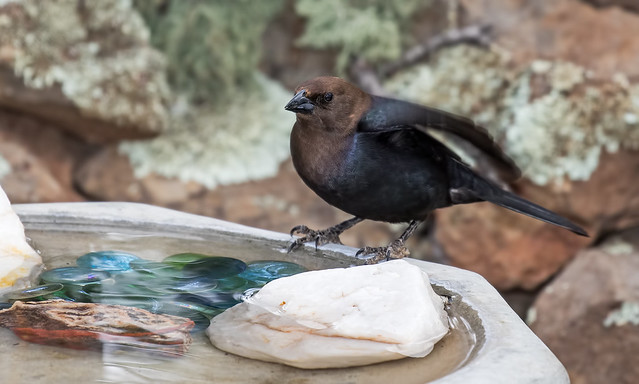 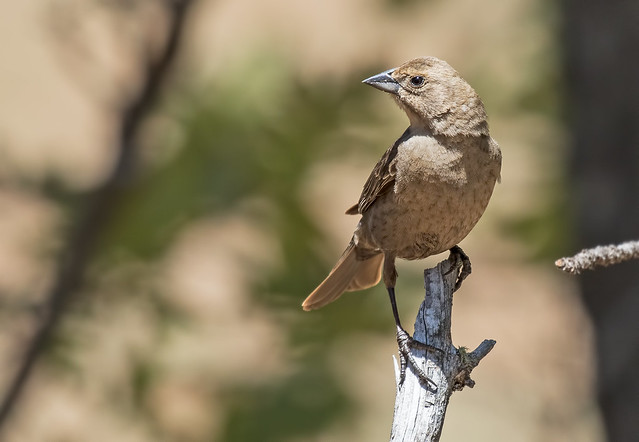 Exercise: We walked 3.6 miles today and it was a windy walk but despite the weather we had a great walk.

Weather: It is a bit cool and windy too, hopefully this won’t last too long. It is cool enough that I am running heat in the RV.

Pictures: While out walking I found this colorful glass to shoot at. The green one(whiskey bottle I think) I found last year and sat it near where I park the RV last year and it was still there when I got back this year. The brown one I found just the other day. Just something to shoot at. 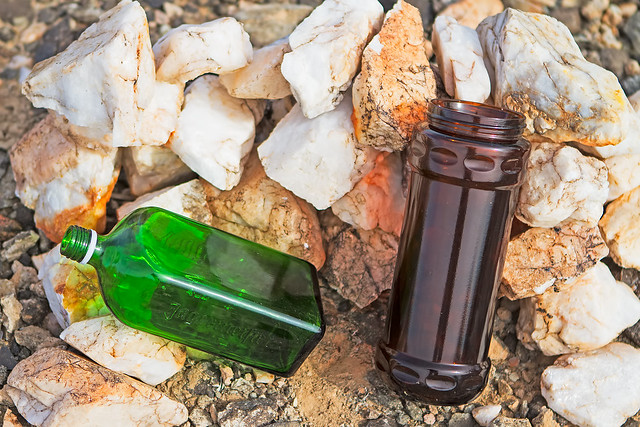 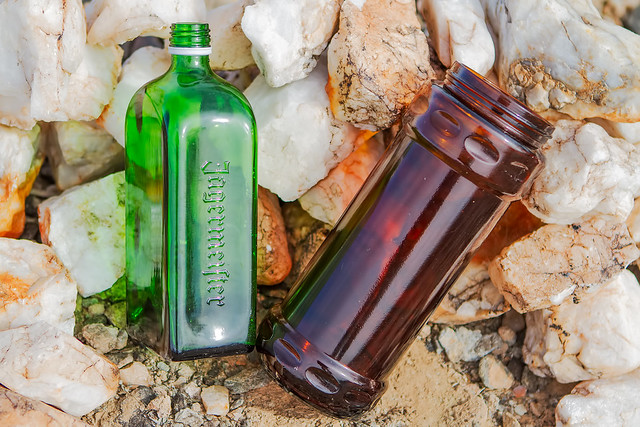 Exercise: Back at it today with a 2 mile walk.

Weather: It is still cool today but a bit better I think.

Pictures: This morning these two came by for a nice cool bath. It was about 50° this morning and I had just open the door of the RV and was debating whether or not to close it and fire up the heater, but I stayed tough and was rewarded with these shots 🙂

Both of these are females but the first bird is a first winter bird. 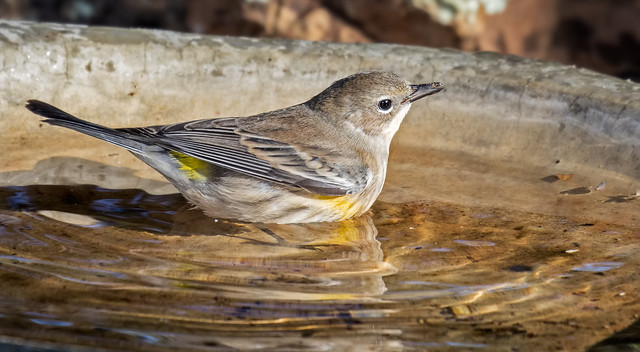 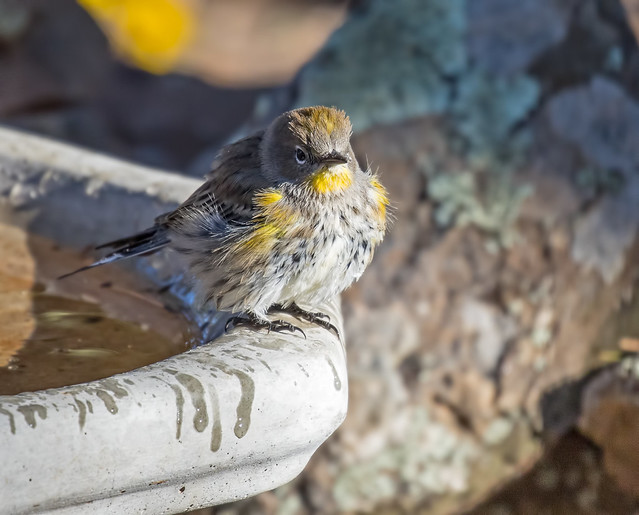 Weather: It is cool this morning and windy but the weatherman says it will get near 70° today.

Exercise: I got out and walk a couple miles with a friend today. Added five miles on the bike.

Pictures: Today I have Mountain Chickadees. Scruffy looking little birds, don’t you think? They are Scruffy behaving too, tough little birds, fun to watch at the feeders with their new chicks. 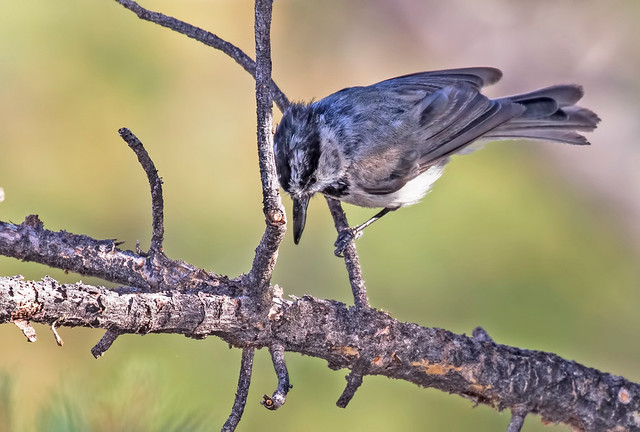 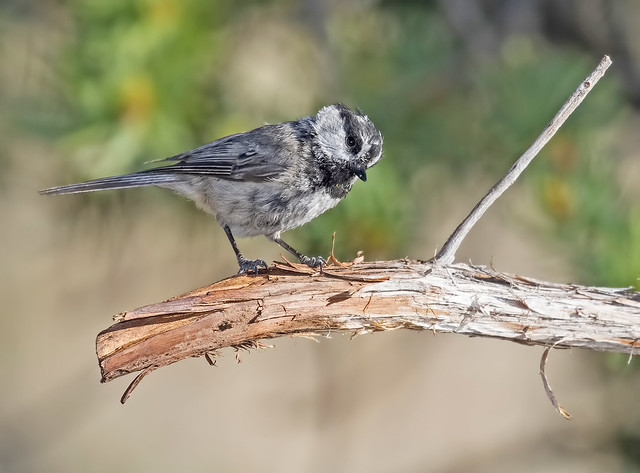 Weather: Well for here and this time of year it is cool, around mid 70 for a high today and about mid 60’s this morning. Man, it sure beats the 90-100 that I was in down in Deming 🙂 🙂 🙂 !! Yesterday we got a good rain and it cooled things down so yesterday evening I was thinking a little heat would feel good, but I toughed it out 😛

Pictures: Carolina Wren. “Say, which side do I look best?” 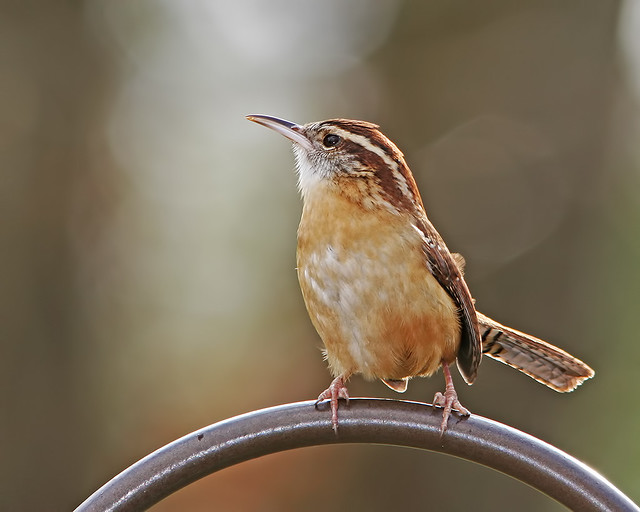 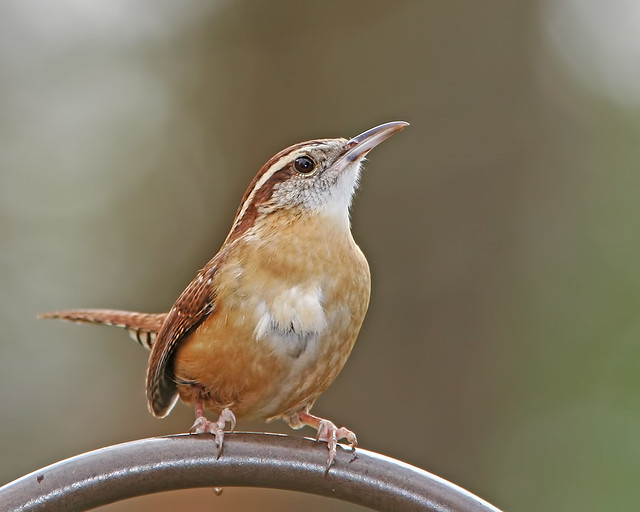 Weather: The weather has not been very nice for the month of May. I want sunshine! For those of you that read my blog regularly know that I said before I came over to NM this year, that you would have to hear me being wimpy about cold weather, well I have been pretty good about March and April but now it is May and I want sunshine now! LOL, Okay, I’ll stop being wimpy for now. Today is very overcast, cool and humid. Humidity is 71% today and I feel it in my bones, knees, hips and back all speak up to let me know that they don’t care for the humidity 😦 Hope it passes soon.

Pictures: Just a couple of duck shots from many year ago. 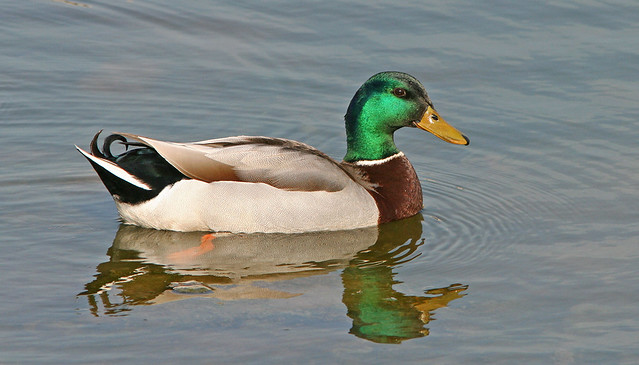 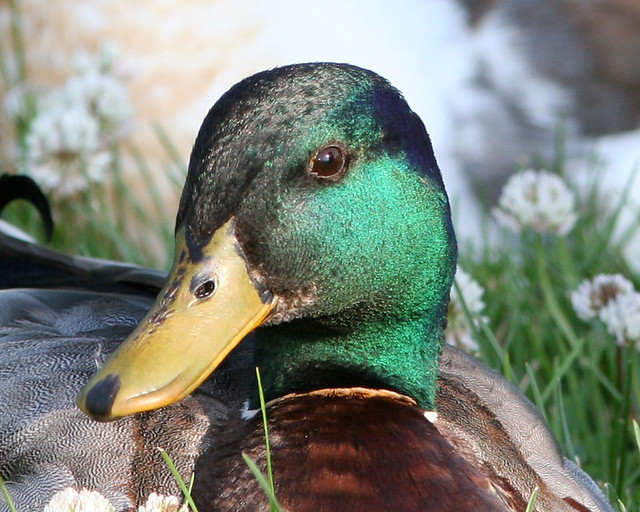 Weather: This morning brings cool temperatures and thick fog. The dampness makes my bone hurt 😦 I dislike humidity! Only another month or so 🙂 and than it will be t-shirts and shorts weather.

Walk: Tomorrow we will take us a walk with the ranger(Paul) to “The Citadel” I’ll take pictures 🙂 The walk is 3 miles round trip with some hills, should be good exercise.

Sunny and Cool : It is a beautiful day and just a little chilly for here, but far better than most other places I might could be. Today the sun is giving me the solar love that I so crave …… and it feels good 🌞

Full day: Today I worked half a day and this afternoon run around with my friend(Barry) who is here in the campground now and will stay for the rest of my time(till the end of the month). Great to have a friend around.

I have not been taking any pictures for a long time and hopefully I will find some time to do that, all the ones I have been posting are older shots.

After writing the above I got to feeling bad about not taking any new pictures lately, so I took a little birding walk and I’ll see if I got anything wroth posting, later on.

Weather: We are getting a little rain. I am surprised that it has rain as much as it has here this fall. The night are cool the days are warm, and as the month goes by, it gets cooler.

Weather: The rain has cooled things down and the morning feels cool enough for a jacket. I heard it rain and hail a little last night but it didn’t sound like the hail was very big, I’m glad of that.

Update noon; it is a beautiful day with sunshine and a light wind. The afternoon may bring thunderstorms but that is Okay.

4:30 Update; We got a thunderstorm rolling in, lighting and very dark clouds.

Time for a New “Bird Of The Week”: What will it be … let me look at my old pictures ….. I think it will just be a very common bird from back east and one of my favorites. It will be Blue Jays and they are really fun birds to watch come to the feeders, I use to put out un-shelled peanuts for them everyday and they would come and get one and quickly go hide it and return for another, but as they where getting their second peanut another Blue Jay would be stealing the one they just hid. I use to enjoy their antics for hours, Blue Jays are full of fun personality. I would bet that all the other types of Jays are too but I have not gotten to watch them like I did the Blue Jays. I think it would be fun to have a few bird feeders set up somewhere in the mountains of the southwest and set for hours watching ……., maybe one day I will.

I’ll post more pictures as the week goes by.

Weather: Little cool this morning, well compared to what most of the winter has been like here this year. So, it is still super nice weather, overall.

Shopping today? :I think I may go out for a bit today.

Moved: Not far, but I did move (1000) feet maybe. Just enough to get off the 4-wheeler trail. While I was out and about today, I looked over most of the available boom-docking areas around the Lake Havasu and decided this was the better of the bunch. I will more than likely stay here till the end of the month. New locations . I would maybe stay longer but I think it will be way to hot in April.

Tablet: I am playing around with my browser for the tablet. I have always used Dolphin but I’m thinking I will switch to Firefox. They have made some changes to Dolphin and they changed the things I like most about it. I have always used Firefox on my computers but like Dolphin on the tablet because of it being a little different in that some of the function worked by swiping form the sides(which I liked) but they took that away 😦   I do think Firefox Mobile has much better add-on support than Dolphin too. It is also easier to sync my bookmarks with Firefox being on both my computers and my devices. So I’ll play for a while.