Pictures: Still about my only birds at the feeder except for some Hummers, White-crowned Sparrow. 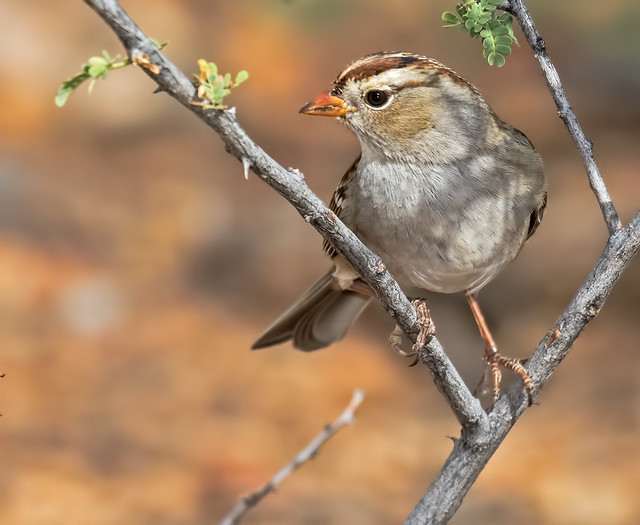 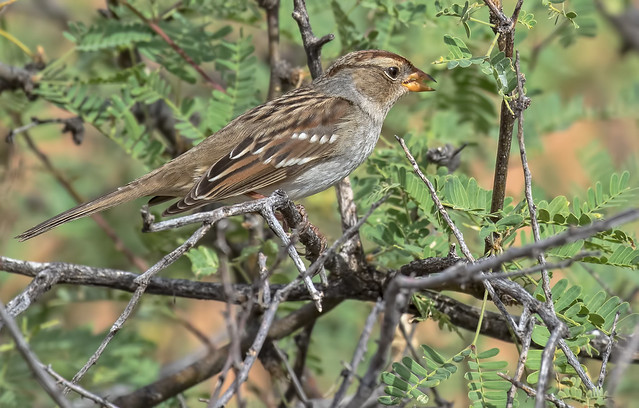 Pictures : Still not many different birds coming to the feeders. 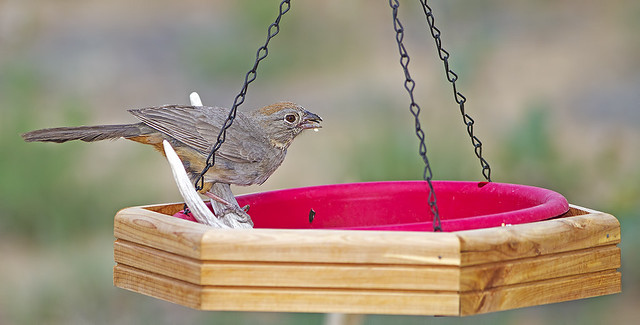 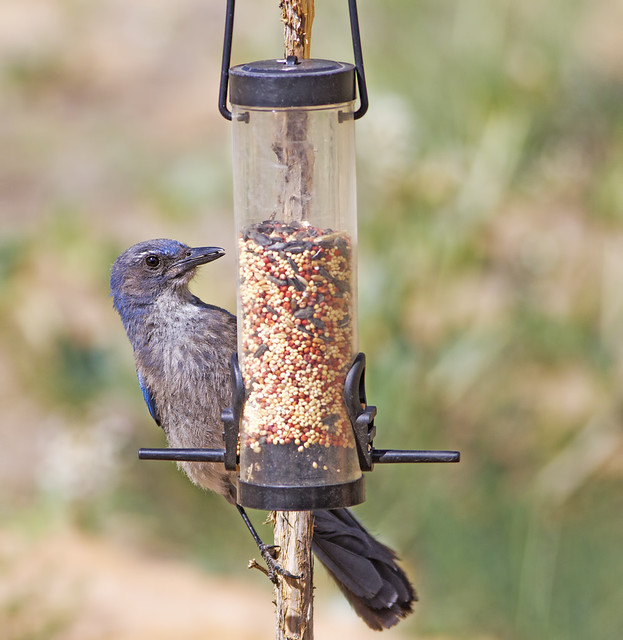 Rooting : Today I decided to root my Samsung Galaxy tablet. I got tired of waiting for the Lollipop update, Samsung you are too slow!

Day off: I have enjoyed my day off and the campground has not been as busy this week, so a bit more relaxing.

Sunshine a plenty, but it is cool today. The next 3 or 4 days will have some pretty cool nights (in the 30’s) so I may have to break out the heater for a while in the evenings. Warmer weather should come back by the first of next week.

I will be taking the day off from exercise, the new knee was a little fussy  this morning and I have not taken a day off for some time now. I may do some stretching later on but no exercise. I also might get the camera out and go walk around a little to take some picture but I will keep that walk short. When I walk a lot my knees do bug me and I have done lots of walking instead of riding the bike, I do prefer walking to riding when it is cooler but the knees had always rather have the riding. I guess it is a lot less impact on the joint to ride. I have broken the golden rule of taking  at least one day off a week, and having a light exercise day once a week. I will have to watch that. If I could only find a little more discipline and do upper body workouts three-time a week that would be prefect. Makes me want to get up and do a push-up ………….. NOT! But I do need to ……. ! Today would be a good day to start ………………… LOL maybe? We’ll see.

I have watched the Windows 8 app store and so far I have not found an app that I like all that much, well not for a Windows computer because I have full programs that are better than the apps. So far every metro app I have play with has a better desktop version or a better full program that can be used. I do have many programs that I run as apps on the Android devices and the desktop both, but see no need for the Windows 8 metro version because the desktop version is just better to me, such as, Evernote, Dropbox, Lastpass and so on. Maybe one day there will be an app that does not have a good Windows desktop style app that runs on devices only  that I will want, or maybe I will get a Windows device and find apps that can go between the two metro machine. Mind you, I still think Windows 8 is a step up and worth having.

Time to get out of the chair for a spell.

Update; Just a few lines before I set in to watching the TV for tonight. I did do about 10 minutes of workout this afternoon, I know, I know, not much but it was a start. I did very little stretching today but some. Tomorrow we will see how it goes. As for the weather this evening, it is cool and clear. I may need a little heat later on, we’ll see.

Had a good ride on the bike this morning after having a day off. I was a little stiff but it was still a good ride. I am often a bit stiff after a day of doing nothing. Yes, I am at the age where I have to move at least a little bit every day. Ha yea, old is just too much fun! LOL. Hey, I guess it is better than the alternative …………. you think? 🙂  Anyways 11 miles on the bike and I added a good stretch afterwords, so this old dude is happy with that.

Weight; Well I still have no new celebrations but I am hanging tough at any rate. Staying with the program and exercising regularly. With me the biggest fight is always the eating and finding the place where I can live with on a long-term basic. I am sure I could kick it in high gear at this point and drop my last few pounds but I want to do it slowly and in a manner that I can continue with for the rest of my life. At some point in the Atkins diet one is support to test the waters and see where it is you stop losing weight but I feel no need for that test because when I was stuck a month or two back I think I found that point. Also I will add that I think I can live at that place too (with the amount of food and the types I was eating).  I am slowly coming around to the point to where I can eat a little less but richer foods, and that is a good thing for the long-term.  I need the variety for good eating habits. The one thing this diet has given me is the know how of what (foods) makes the center of me grow so much and so fast.   LOL.

OK my day is at it’s end so later, my friends!

I have already taken my bike ride but no partners today, had to ride by myself. I had a good ride and did just a little stretching of the hamstrings this morning. I feel good.

I will do a little weekly shopping today and then ……………….. CHILL OUT TIME! LOL, I like that chill out time a lot lately.

1pm; I got my shopping done and I am set for the weekend. Food a-plenty! I am having a thin cut steak now mmm mmmm good!

I am trying to catch the boss to have a chat with her about my working hours and such. They are only in for a two days it looks like.

Here in the park we try to get folks to go around 5 mph and that is a job. People just like to go fast even if it does cause a lot of dust for every one else. We keep trying.

Ya, a full day off, time to chill out. Calling a few friends this morning, always good to talk with friends.

I am plying around with the speed test thing again this morning and even with setting Verizon Manager to only 3G connection, this is the best I can get. Speed test  Slow,slow and slow! At the end of the week when they have LTE turn on will be interesting. We’ll see ………..!

Today I will do a little shopping at some point. Need a few things, food things. That is about all I have to do, I could wash the truck, it sure needs it.

I have loafed all day, it has been a fine day.

Yes today I don’t have anything that has to be done …… Nice! Yes a day off is a good day.

Exercise is done for the day with my 11 mile ride this morning, so 20 for the week.

Lots of goofing off today. Just found out I will work one extra day this week, which is tomorrow.

I have not done a lot of blogging today, have I?? LOL, maybe tomorrow!