Pictures: Here are a couple of shots of more wild flowers in the area. 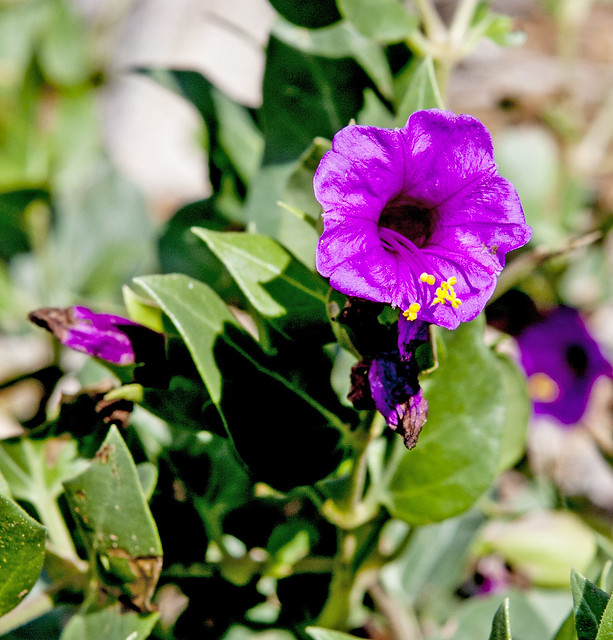 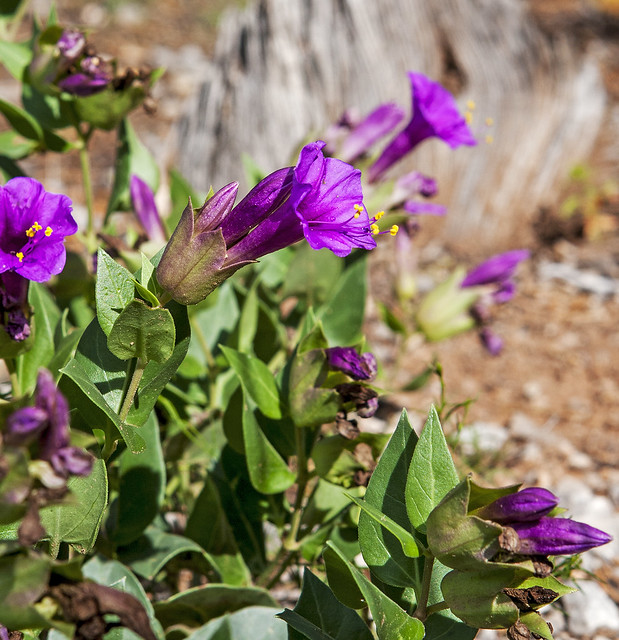 Windows 10: Now that I’ve had it for a while I thought maybe I’ll share my views and opinions about it.
About the install of Windows 10.  I have installed about ever version of Windows since Windows 95 and only once or twice have I had an install go completely without at least one or two little problems, Windows 10 had a couple for me too. I installed Windows 10 on a friend’s tablet and it was a perfectly smooth install but it was not to be for me. I did things a little different by first downloading a ISO file of Windows 10 instead of just letting Windows do it for me because I wanted a copy for my other computer and I like having a backup. On my friend’s computer I let Windows do the downloading, it was a much smaller download and as I said earlier if went perfectly smooth, maybe that made the install go better or maybe that had nothing to do with it, who knows?
So ….. The first problem that I had was getting the installer to start, after about five tries it did start but it crashed on me at least 3 times during installation but in the end it installed. After everything was installed my video was messed up, so I had to fix the video driver for it and updated a few other drivers while I was at it ( I think this broke some things because of the way I did it with a internet installer for drivers). At any rate after this my computer was running like a champ on Windows 10.  But ….. LOL. A few days later I notice that I was not getting my Windows updates. When I discovered the fact that my updates where not working I spent the day trying to fix this problem and in the end I could not 😦   This caused me to do another install and after the last install everything is doing fine, updates and all. By the way, I did all installs as upgrades and not clean installs so I could keep all my files and programs in place.
Now, with Windows 10 installed and everything working fine I turned to the privacy issues that many are talking about with Windows 10 and I agree there are a few. If you run Windows 10 on a Windows phone or a Windows tablet with apps and a Microsoft account you are going to give up some privacy just like you would on an Apple or Android device. However ….. if you just want to run a desktop/laptop and have desktop apps and only do desktop things you can restore a good bit of your privacy.

Here are the things I did.

(2) Privacy Settings; Go to Start/Setting/Privacy, then start at the General tab on the left and turn off everything on the right, do this for the whole list on the left From General to Background Apps. This will kill many of the new fancy things too, but nothing I can’t live without on a desktop/Laptop. Shut them all off if privacy is your thing.

(3) WiFi Settings; Go to Start/Settings/Network and Internet/Manage WiFi Setting/ and turn off WiFi Sense, turn both to off. This kind of sucks if you ask me but if you really want to put a nail in it go to your Router and rename the SSID to whatever with ” _optout ” (no Quotes) on the end of it. This tells Microsoft not to store your WiFi password on their server for that Router. You can read more on this if you Google “WiFi Sense” . This is what I did.

(4) Windows 10 Updates; Go to Start/Updates and Security/Advanced Option/Choose how Updates are Delivered, and turn this off if you don’t want to be part of Windows new torrent net! Again give this a Google if you want to know more about it.

(5) Windows Search (In the task Bar); When I do a search in Windows I just want the search to search Windows and not the Web with Bing search engine. You can make it do just that, but you need to dig a little deeper into Windows. Here is a link to one way of doing it, I forget just what I did to stop it, but I did something because my search engine only searches the computer now 🙂

(6) Windows 10 Feedback; Windows 10 wants to know how you are using it and their privacy statement don’t read in a way that sounds like you get much privacy out of it. so …..
If you go to Start/Setting/Privacy/Feedback and Diagnostics set windows feedback to never (if you like) and the other one gives you three choices pick “Basic” for the least info to go to Microsoft. “Ha”, you say “I don’t want them to have any info!”
To shut off all feedback (the way I read it anyways, I may be wrong I’ll give a link and you decide) you got to do a little deeper hacking by going into the Windows register and services, stop here if you don’t want to do a little hacking 🙂 Here is a Link that shows how to hack the register and change some services. Mind you folks you can break Windows doing these things so if you are not comfortable getting inside Windows don’t go there!

These are the things I have found that you can do if you like and there may be others I don’t know about that stops more of the nosing. These will help stop some of Microsoft’s nosing but not all but I believe these help. None of this is needed but I like to play so ….. 🙂

My opinion of Windows 10. Windows 10 seems to be solid in function to me even if it is a bit nosy, LOL. The big change on the outside is the Start Menu returned. What do I think of it? …. Well Let me start on the right side, that is the only side that works well if you ask me. The Start menu has two sides to it, the right side is the Metro side and the left side is the text side. The right side (the Metro side) is greatly improved with lots of controls and settings you can make it your own. The left side does bring back a Text menu but I think it kind of sucks and does not offer much setting and controls to make it your own. But if you look back in my blog post you’ll see a way around that, that will give you a very good text menu on the task bar. Here is a Link to the post.

I like Windows 10 overall but as is with all OS’s now-a-days, I wish it would do less nosing!

OMG (as the young folk say), I am long-winded today 🙂