Pictures: This White-Crowned Sparrow came by for a little drink of water. 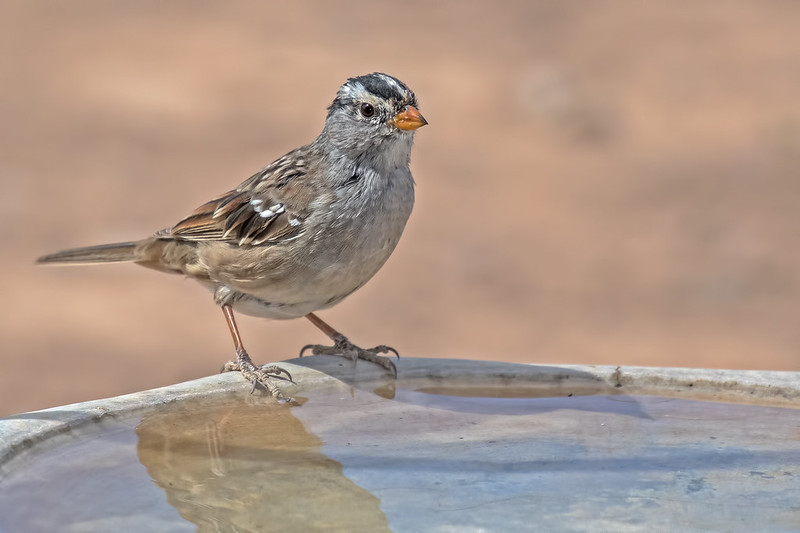 First of Month: I always shop for many things at the first of the month, no need for me to wait till them … I guess I do it out of habit. I will buy my bath room stuff and other odds and ends, just kind of stock up on thing like dish soap and such. Also this month is Oil change time for the truck so I bought the oil and filter I need to do that (or have it done). So a day of shopping and eating.

Diet: I am on the Atkins diet again but I take one day a month to be bad and on that day I eat what I want. Today is that day 🙂 Today I had a big old hamburger with an order of large fires and later I will have a big sub sandwich and chips that I pick up at Walmart this morning! Lots of bread and potato stuff! Oh, there was some sweet stuff in there too!

Pictures: A White-crowned Sparrow and a couple of Sand Hill Cranes. 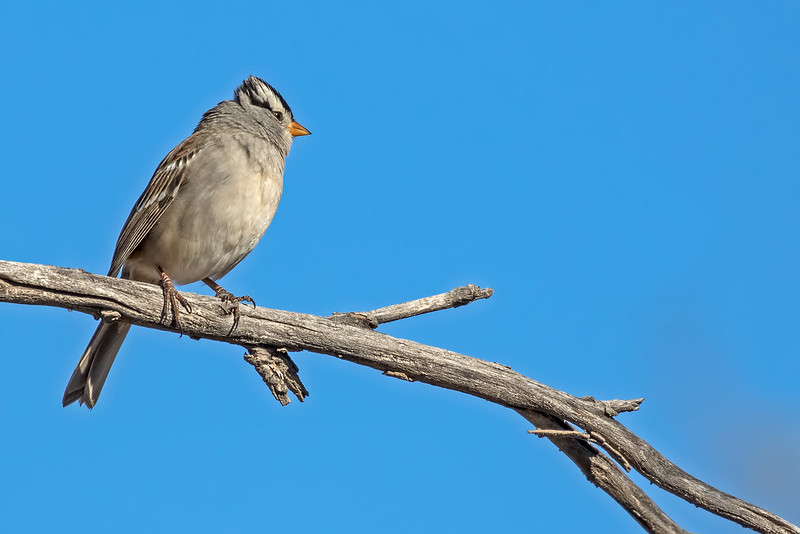 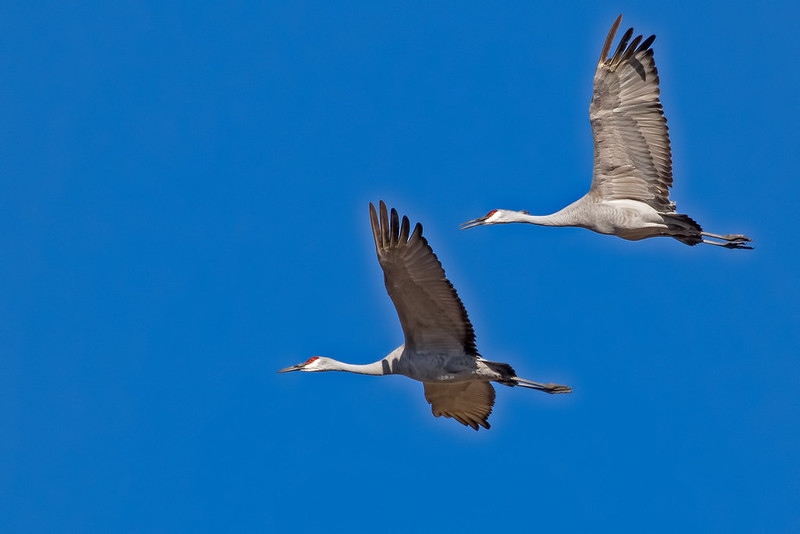 Solar: Added another panel today, one to go!

Pictures: Here is a White-crowned Sparrow and a Black-headed Grosbeak. 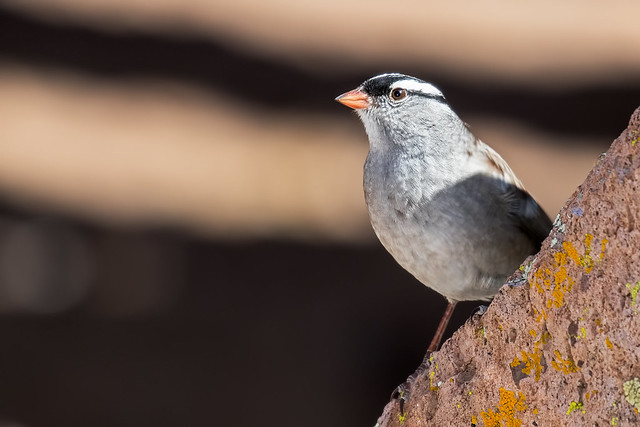 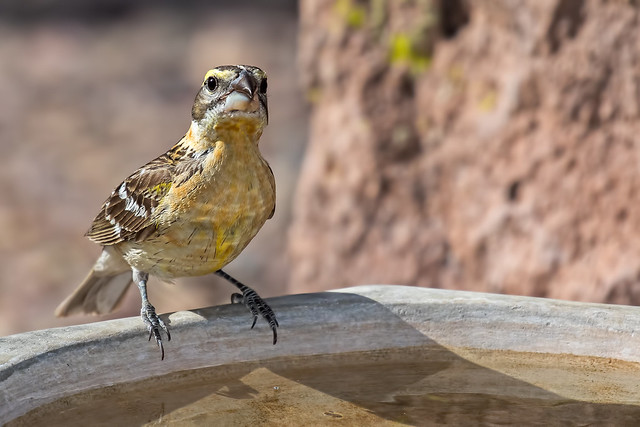 Exercise: I walked a mile this morning, maybe I’ll do a little walk later on this evening.

Pictures: I put my bird bath out (even if I am by a lake) and what do you know, this White-crowned Sparrow came by for a drink. 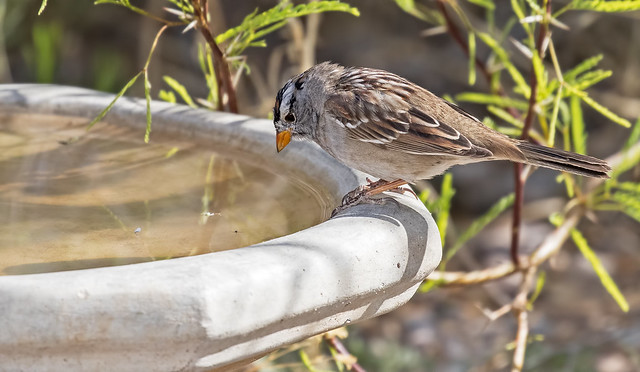 “Hey it taste just like the water in the big hole!” 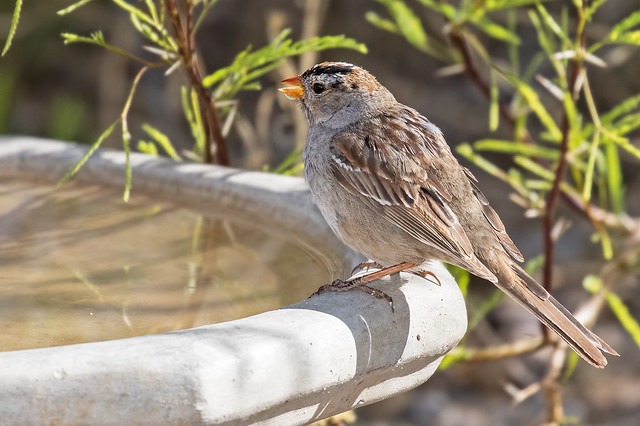 Pictures: Here is a White-crowned Sparrow and another Of the Say’s Phoebe, couple of the few birds I get to see a lot of around this area where I am park with my RV. 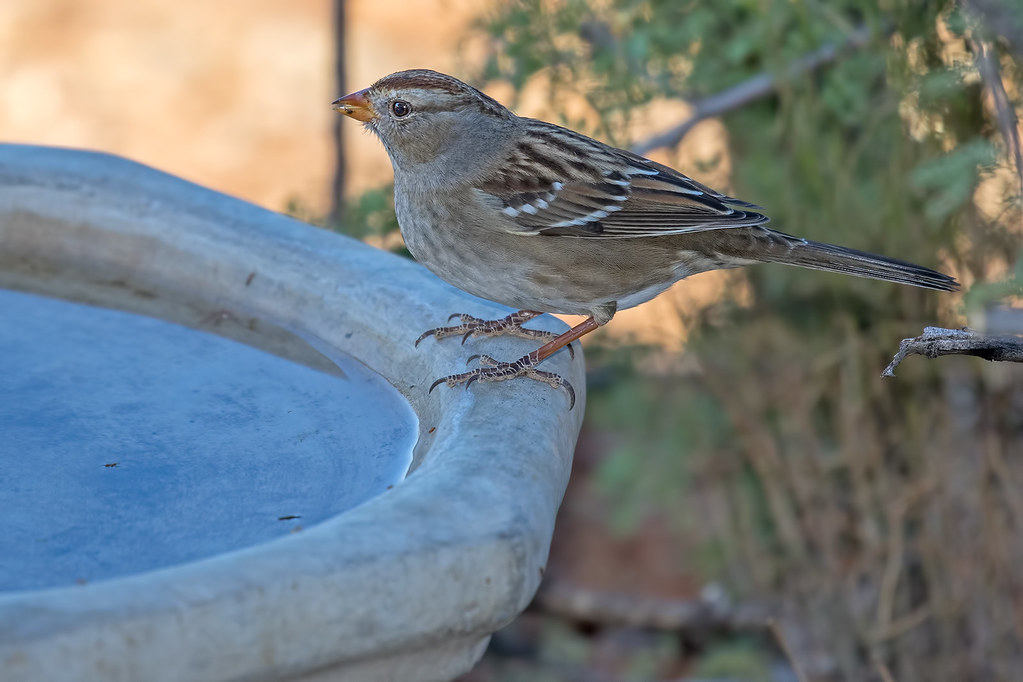 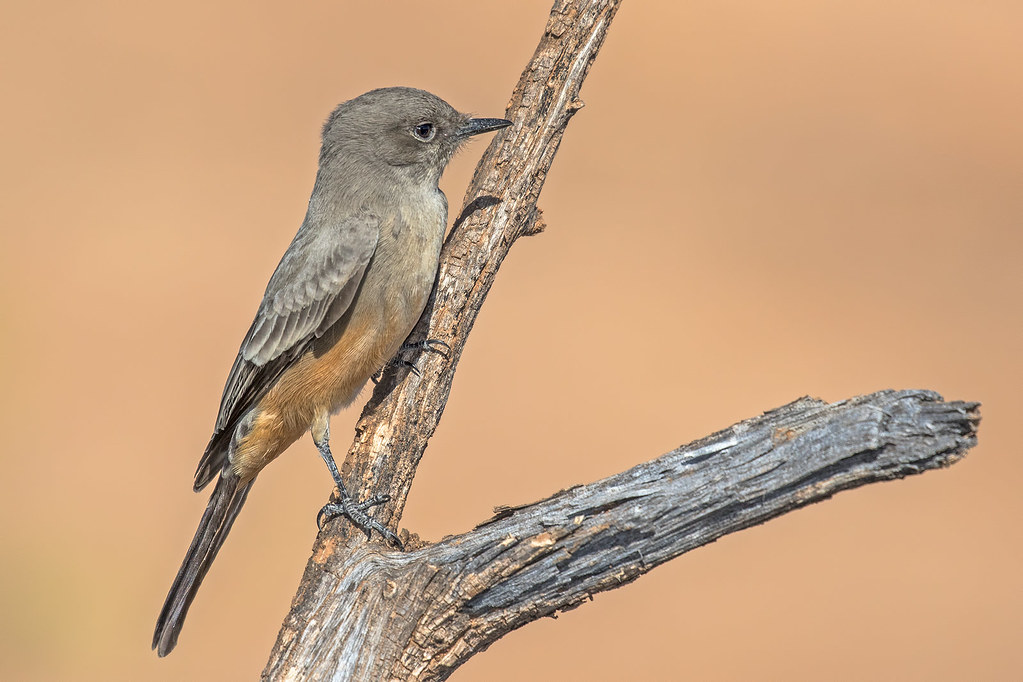 Exercise: I waked a couple of miles this morning. I usually take Monday and Tuesday off but this week will be a little different.

Weather: It is cooling off a little here and other places too(places I might go next) and my wheels are itching to roll 🙂 So it won’t be long till I move to my winter areas ….. 🙂

Pictures: Here is a shot of a White-crowned Sparrow and a House Finch. 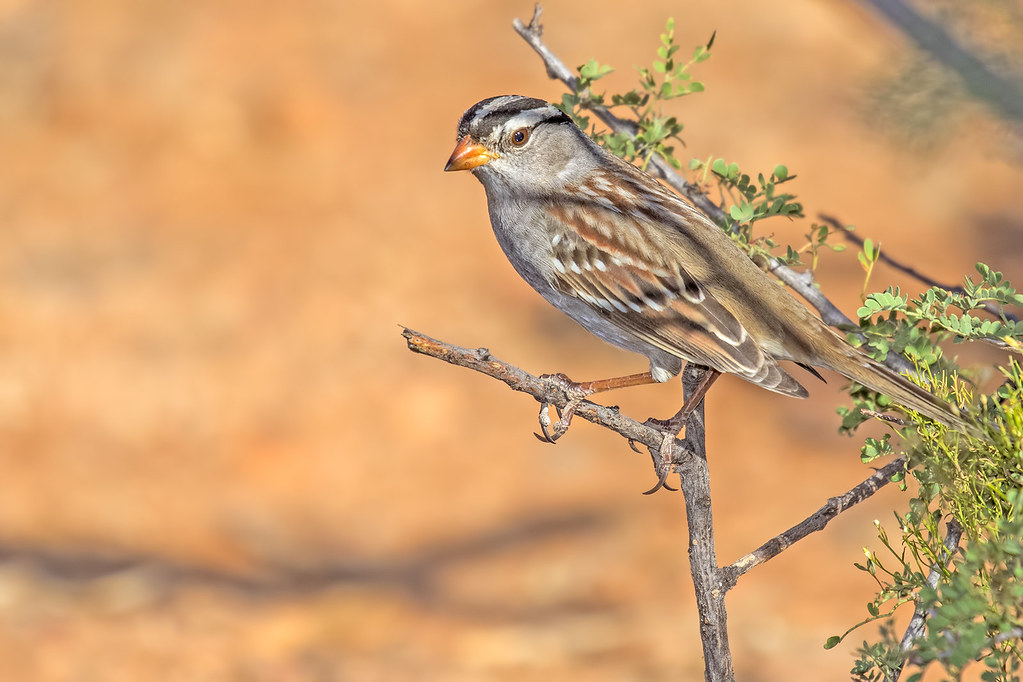 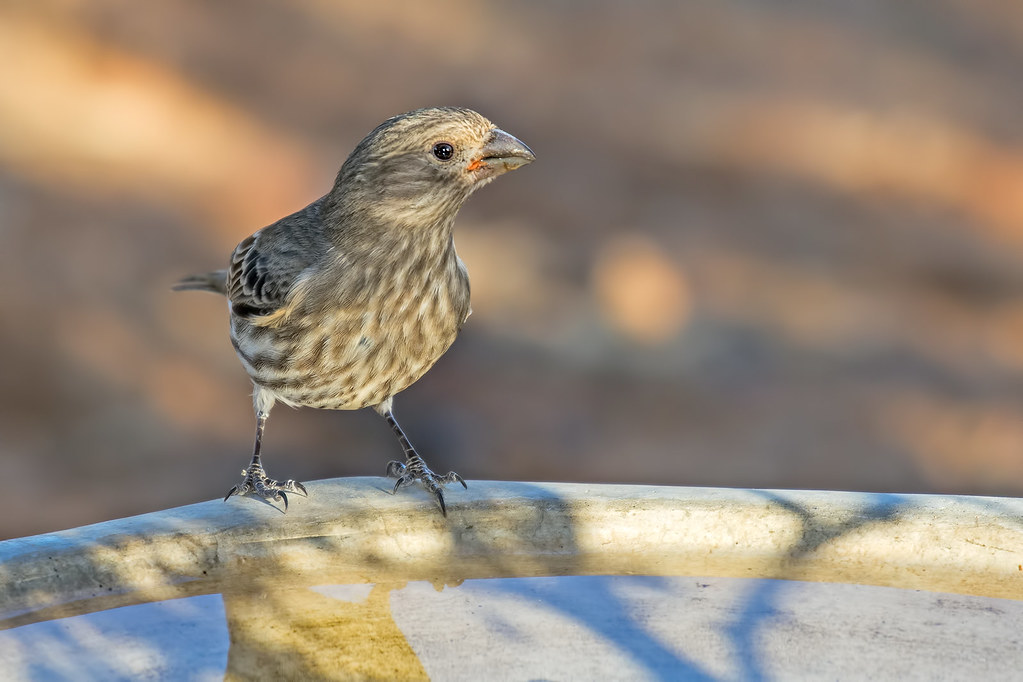 Exercise: Carol and I walked 3.3 miles this morning.

Pictures: I now have a few White-Crowned Sparrow coming by for a cool drink of water. 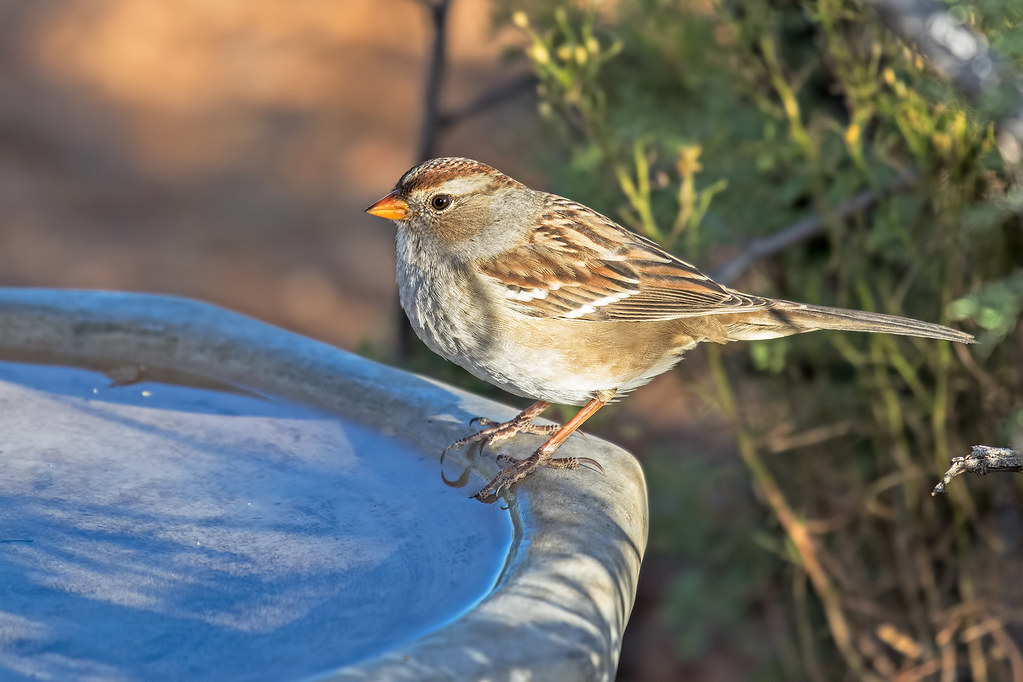 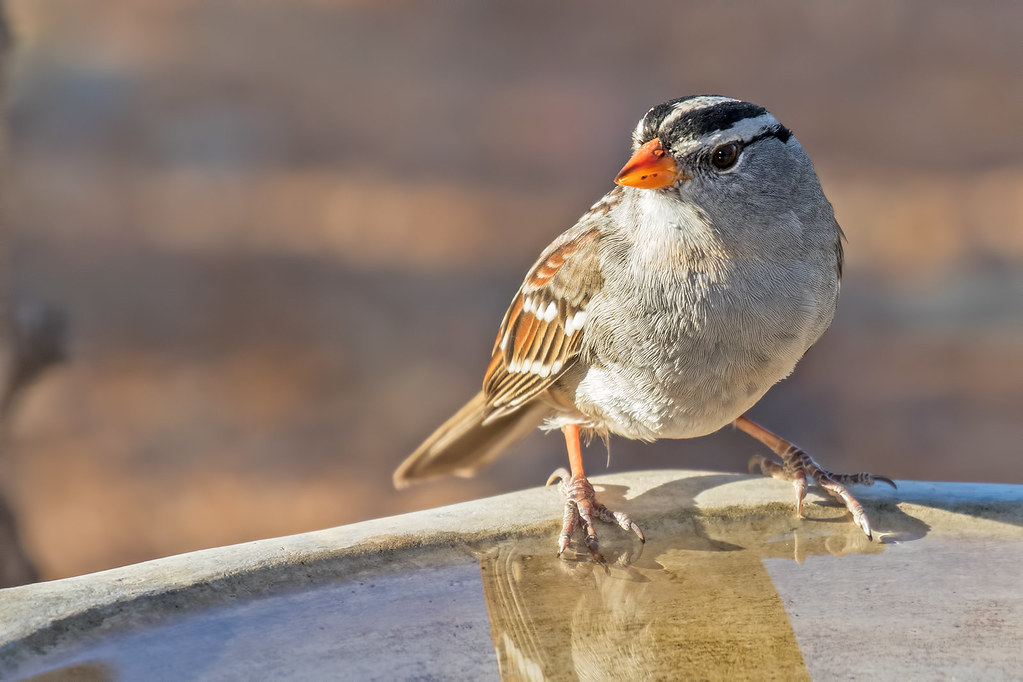 Pictures: Some of the few shots of birds I got while in Kingman, AZ. 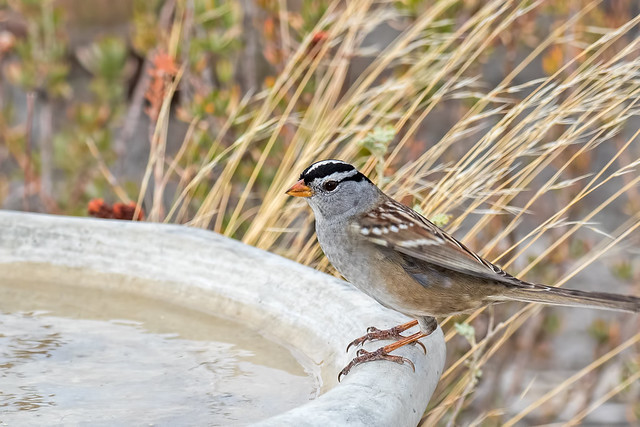 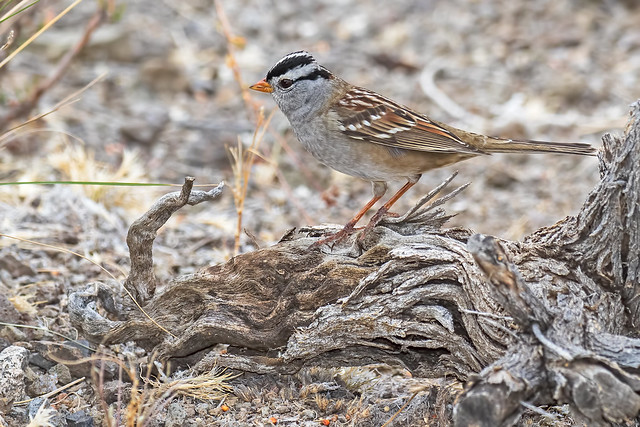 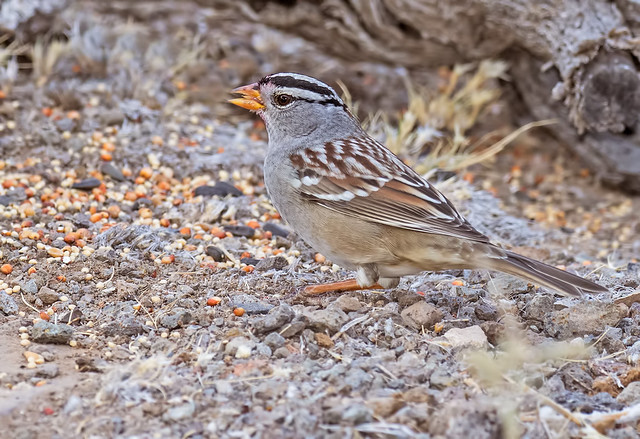 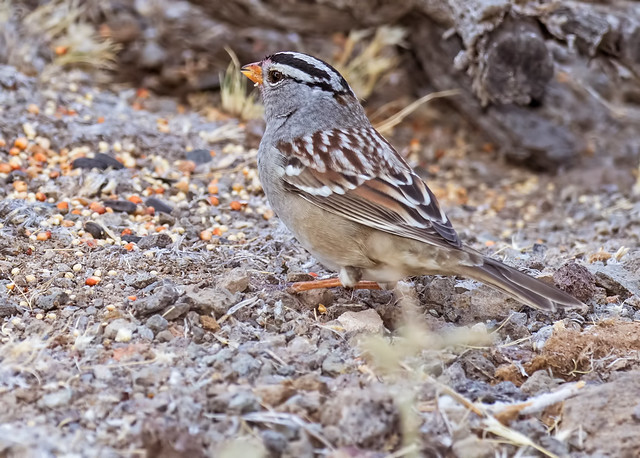 Exercise: Well I rode the bike for 7 miles but a much harder trail today! It kind of kick my backside …. but still, it felt good and I enjoyed it tremendously.
I feel a little foolish sometimes out on the trail when I cross paths with the real mountain trail riders, usually much younger than I and on bike that cost twice as many thousands of dollars than my did hundreds of dollars. Bike that cost in between 5 and 10 thousand dollars, wow. Still I get the same enjoyment and benefit of exercise as they do, so HA!!! So, I’ll just ride on with my old aged body and my cheap bike 🙂

Pictures: Well I am getting a few White-Crowned Sparrows coming by now. One even flew into the RV for a visit. I leave the door and screen door open to take pictures if the area don’t have too many flying bugs, so now and again I have one fly in. 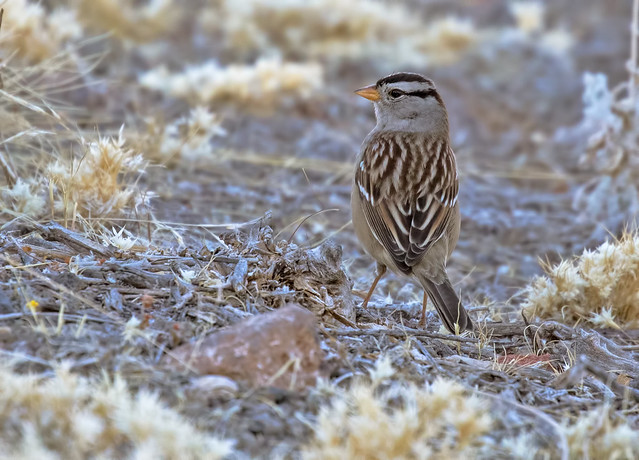 Exercise: Rode the bike for 8.6 miles on the trails today.